Singing at the Stephansdom – Waiting to Sing

Jim and I found that we could only handle 2 restaurant meals per day on this trip, because the food in Hungary, Austria, and the Czech Republic is so rich.  So after our nap on concert day, I walked down the Rennweg from the hotel to a small grocery store, Billa AG, to buy some bread and fruit for dinner.  The store was immaculate, the fruit was beautiful and ripe, and the lady behind the bakery counter spoke English.  I was extremely interested in what an Austrian grocery store looked like.  I’ve been in U.S. groceries that were much worse.

After dinner we walked up the Rennweg the other way to visit the Botanical Garden of the University of Vienna.  I took a few photos here which you can see at the site (click on the picture); this is the one I liked best: 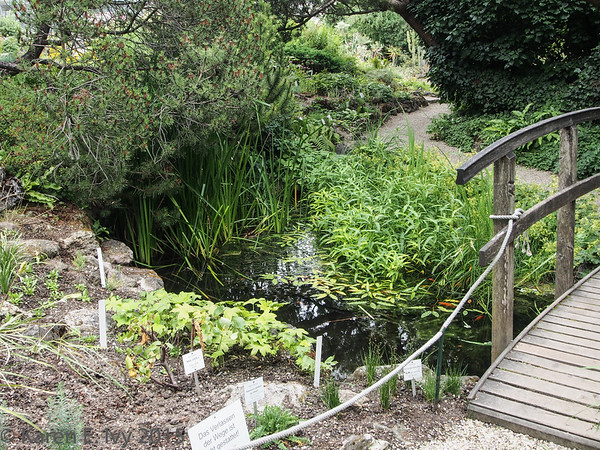 Stream at the University of Vienna Botanic Garden

Jim spent more time in the Botanic Garden than I did; he was especially interested in the alpine garden:

This is the small alpine garden near the entrance. He also went to Der Alpengarten im Belvederegarten (below), established 200 years ago and probably the oldest alpine garden in Europe – maybe in the world. It’s now maintained by the University of Vienna.

If you’re interested in alpine gardens, he has many more photos at the site.