Ghosts from the Past

You never know what you’ll see in the newspaper.  Yesterday’s San Francisco Chronicle had a front page article on the issues involved in identifying victims of the Camp Fire, which destroyed the town of Paradise, CA in November 2018.  There have been a lot of articles about the aftermath of the Camp Fire; but this one had this photo on the front page: 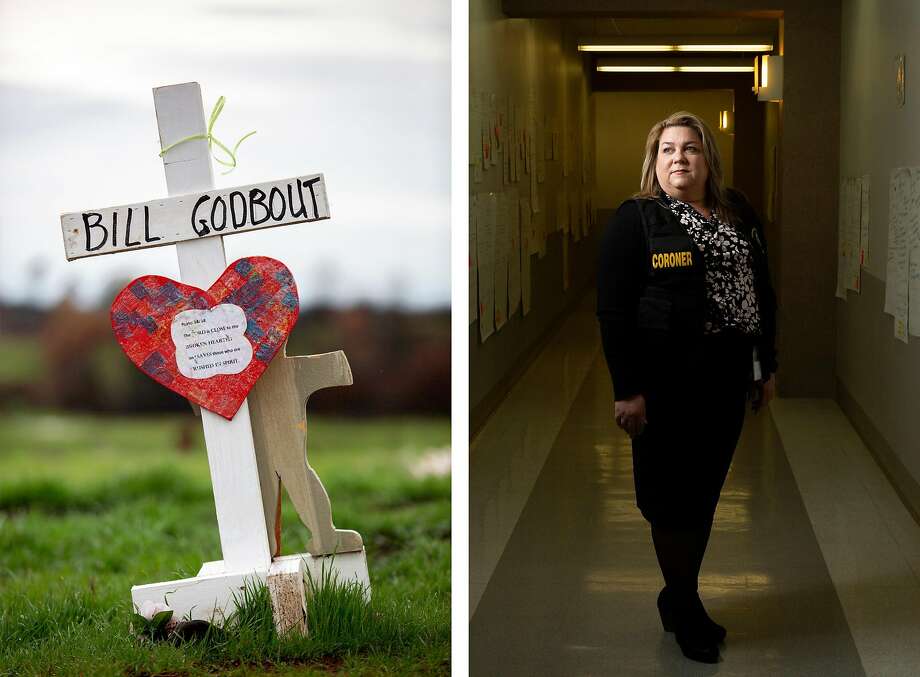 A memorial (left) for Bill Godbout and the victims of the Camp Fire stands March 5 at Skyway Road and Skyway Crossroad Road in Paradise.

The photo on the right is Kimberly Gin, the Sacramento County coroner, who was called in to help Butte County out.  It’s a very interesting article on its own; but the picture hit me like a sock in the gut.  Why?

Roughly fifty years ago, in the early ’70s, I was married to an Air Force veteran named Ray Stevens, who left the military and went into the small business of selling surplus integrated circuits which had failed milspec tests, by mail to hobbyists.  This was way before the World Wide Web; we sold by mail and advertised in hobbyist magazines like Popular Electronics.  I remember being in charge of the ads, and supervising the friend we hired to test the surplus chips to make sure what we sold actually worked.

Bill Godbout was a business associate and sometime surplus parts supplier, operating out of the Oakland Airport area near the legendary Mike Quinn Electronics.  Ray dealt with him a lot, and he took us out to dinner a few times.  I recall the time Bill took me for a ride in his small plane (I think it was a Cessna), cruising over the East Bay at a few hundred feet; the only time I’ve ever had that kind of look at it.  The marriage didn’t last, and I lost track both of my husband and the people we had worked with.  I literally hadn’t thought of Bill Godbout in decades, but at one point he was a friend, if not a close friend; and finding that he died in the Camp Fire was a shock.

The article has 2 threads, one with a brief history of Bill and how he ended up in Paradise, and one describing the efforts to identify his body (among many others).  The history suggests he hadn’t changed:  he died because he was too stubborn to evacuate when the Camp Fire was coming, because he hadn’t heard anything about it on the radio yet.  Boy, does that sound like Bill.  The part about the effort to identify bodies is quite interesting, and I recommend that even if Bill Godbout means nothing to you.

This entry was posted in Personal and tagged Camp Fire. Bookmark the permalink.