Yes, I know it’s May.  2016 has been an extremely weird year, and one of these days I’ll blog it.  But I recently got the photos sorted, processed and uploaded from the walk I took around Lake Temescal, in the Oakland hills, on Christmas Day 2015. In a sense, this was the calm before the storm, because 3 days later, I came down with an awful cold (took 3 weeks to get rid of), which was the start of all the things that have gone wrong so far this year.

But back to the lake.  Here it is.  Click on this or any other photo to go to my Smugmug account and see the whole collection. 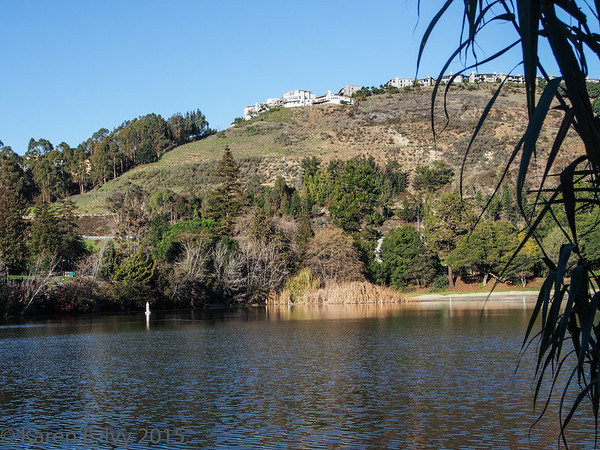 END_OF_DOCUMENT_TOKEN_TO_BE_REPLACED

And I Didn’t Have a Camera

Returning from the gym on Easter Sunday, in the course of an errand I was driving down San Pablo Avenue near the 580 overpass, instead of rolling straight home on the freeway.  While driving, I saw a truly wonderful sight.  Two cars in front of me was a car containing a person in a white rabbit suit, waving to the people on the sidewalk!  I couldn’t see the details until we both got into a left turn lane.  The car was an ancient pale yellow Dodge GT convertible, top down, with an original California license plate from the ’60s – 3 yellow letters and 3 yellow numbers on a black background. It had fins.  I couldn’t tell you who was in the rabbit suit because all I could see was the back of its head.

And when I dived into my purse for my smartphone – I realized I’d forgotten it.  So all you get is a verbal description from me; but it absolutely made my day.  Happy Easter to all.

The Shirt King of Oakland

Walking along Lakeshore Avenue the other day, I passed a dry cleaners’ window I hadn’t noticed before:

The actual sign said “George’s,” above the motto, but I couldn’t get it with my phone without stepping out into the street.

The window caught my eye because of the old laundry equipment.  You can’t see it from this angle, but the iron with its cover flipped back is full of charcoal briquettes (probably originally lumps of coal); that’s how you ironed laundry before electricity. A friend of mine once lived on a boat – when I visited them I saw her Coleman iron, a mid-20th century version of the coal-fired iron.  Hers was more modern looking than the ones on eBay but it still had its pressurized tank of white gas.

Next to the coal-fired iron is its predecessor, a flatiron – you had two of those, one to sit on the stove and heat up while you ironed with the other.  The wringer, of course, is obvious; and though it’s hard to see, there is a washboard tilted against the left side of the window. The blue thing that looks like a pistol is (I think) an old sewing machine.

Why am I so interested in old laundry equipment?  According to family legend, once upon a time my grandmother supported her five kids by taking in laundry and washing it “on the board.”  These were all tools she might have used.  Thank God I never had to do that!

We just had our first rain of the season this weekend.  We have a vigorous community of spiders in our back yard, and when we went out yesterday morning, we found them all covered with raindrops.  Enjoy the spiderwebs. 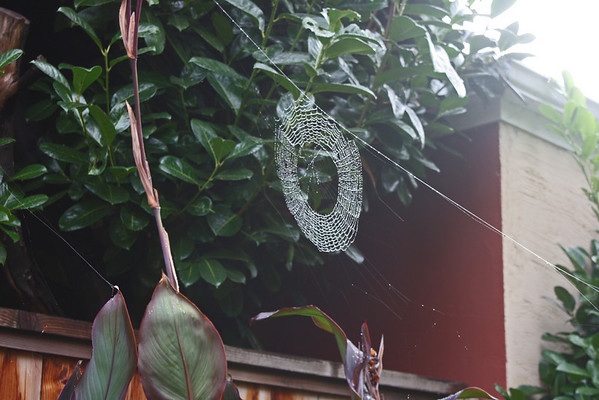 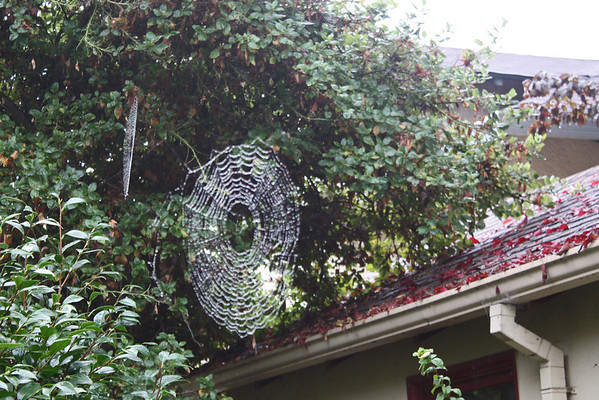 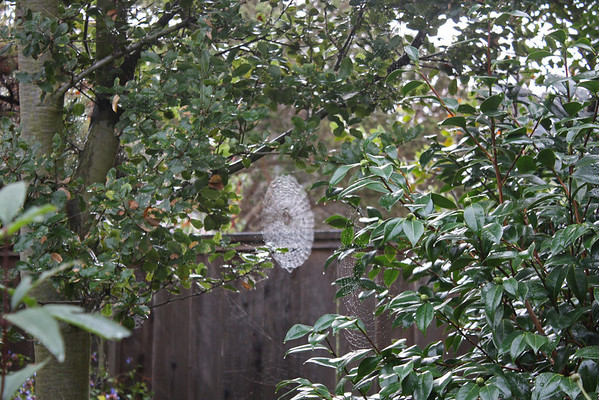 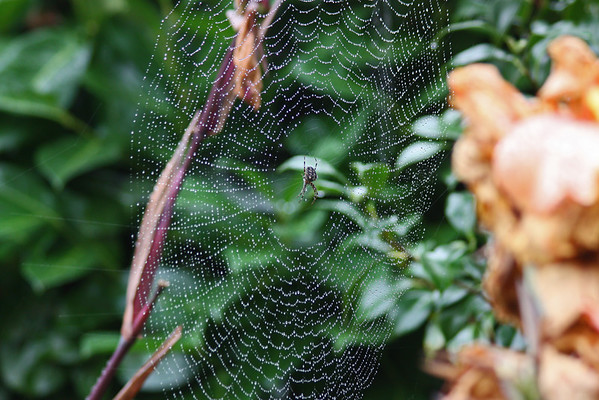 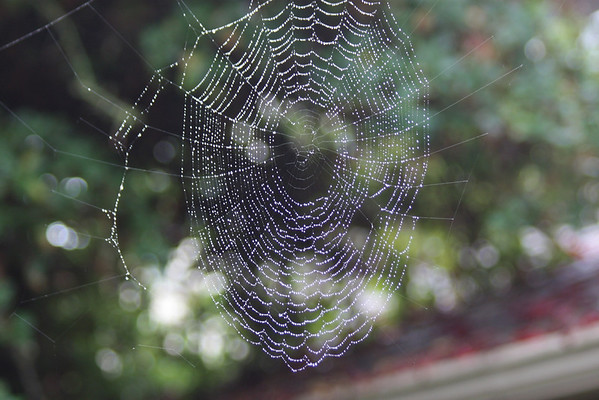 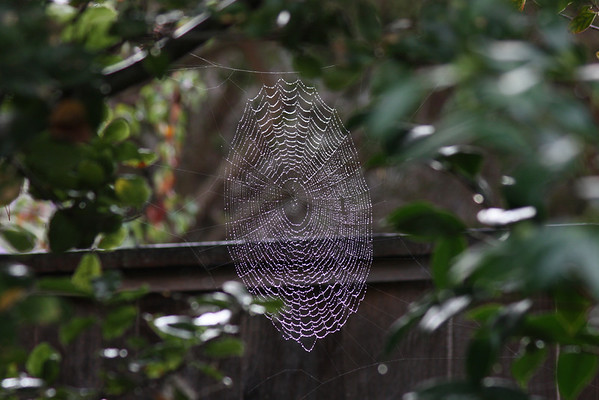 January 1, 2009 was a really nice day, so I strolled up Chabot Canyon with my digital camera.  Here's what I took:

Well, I finally went digital. I have a new Canon Digital Rebel Xsi, and I took it to the “Out and About on College” street fair, on September 28, 2008. Here are my photos.